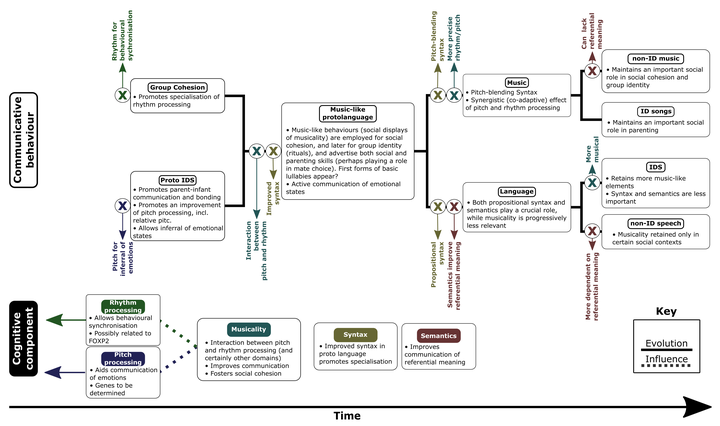 Studies show that specific vocal modulations, akin to those of infant-directed speech and perhaps music, play a role in communicating intentions and mental states during human social interaction. Based on this, we propose a model for the evolution of musicality –the capacity to process musical information– in relation to human vocal communication. We suggest that a complex social environment, with strong social bonds, promoted the appearance of musicality-related abilities. These social bonds were not limited to those between offspring and mothers or other carers, although these may have been especially influential in view of altriciality of human infants. The model can be further tested in other species by comparing levels of sociality and complexity of vocal communication. By integrating several theories, our model presents a radically different view of musicality, not limited to specifically musical scenarios, but one in which this capacity originally evolved to aid parent-infant communication and bonding, and even today plays a role, not only in music but also in infant-directed speech (IDS), as well as some adult-directed speech (ADS) contexts.