The human voice carries information about a vocaliser’s physical strength that listeners can perceive, and that may influence mate choice and intrasexual competition. Yet, reliable acoustic correlates of strength in human speech remain unclear. Compared to speech, aggressive nonverbal vocalisations (‘roars’) may function to maximise perceived strength, suggesting that their acoustic structure has been selected to communicate formidability, similar to the vocal threat displays of other animals. Here, we test this prediction in two non-WEIRD African samples: an urban community of Cameroonians and rural nomadic Hadza hunter-gatherers in the Tanzanian bushlands. Participants produced standardised speech and volitional roars and provided handgrip strength measures. Using acoustic analysis and informationtheoretic multi-model inference and averaging techniques, we show that strength can be measured from both speech and roars, and as predicted, strength is more reliably gauged from roars than vowels, words or greetings. The acoustic structure of roars explains 40-70% of the variance in actual strength within adults of either sex. However, strength is predicted by multiple acoustic parameters whose combinations vary by sex, sample and vocal type. Thus, while roars may maximally signal strength, more research is needed to uncover consistent and likely interacting acoustic correlates of strength in the human voice. 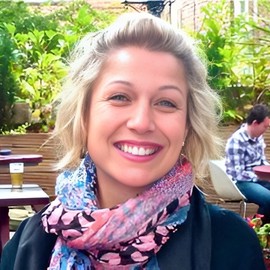