Cues for facial attractiveness and preference of sexual dimorphism: A comparison across five cultures

It has been hypothesised that the strength of association between sex typicality and attractiveness follows an adaptive pattern across cultures. Such pattern allows for adjustment of individual preferences for facial cues associated with direct (parenting) and indirect (biological quality) benefits from mating with a potential mate according to environmental conditions. To test this hypothesis, we examined associations among intra-culturally perceived sex typicality, attractiveness, measured skin lightness, measured averageness, and sexual dimorphism of shape from facial images, while controlling for age, body mass, and facial width, in five distinct cultures with different environmental and socioeconomic conditions (Cameroon, N of facial stimuli = 200, 100 women; Colombia, N = 138, 66 women; Czechia, N = 100, 50 women; Iran, N = 87, 43 women; and Turkey, N = 185, 93 women). Our results suggest that measured sexual shape dimorphism and averageness are not significantly associated with neither perceived sex typicality nor attractiveness across the cultures. In all samples of female faces, however, perceived sex typicality was positively related to facial attractiveness. Women found perceived sex typicality in men as more attractive only in the Czech environment, with its relatively abundant resources, and in Colombia, which is a highly socioeconomically heterogeneous and competitive culture. Lighter skin raised the ratings of both attractiveness and sex typicality only in Cameroonian women. Darker men were perceived significantly more sex-typical but not more attractive in Cameroonian, Colombian, and Iranian samples. Altogether, our results highlight the need to control for which measure of sexual dimorphism is used (perceived or measured) and make a detailed description of the local environment. It is the perceived, rather than measured, sexual dimorphism that is associated with perceived attractiveness, and wealth distribution, rather than public, health that seems to affect masculinity preferences. 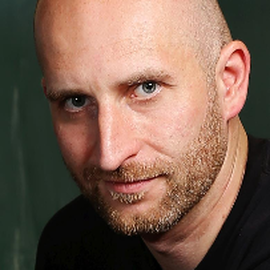