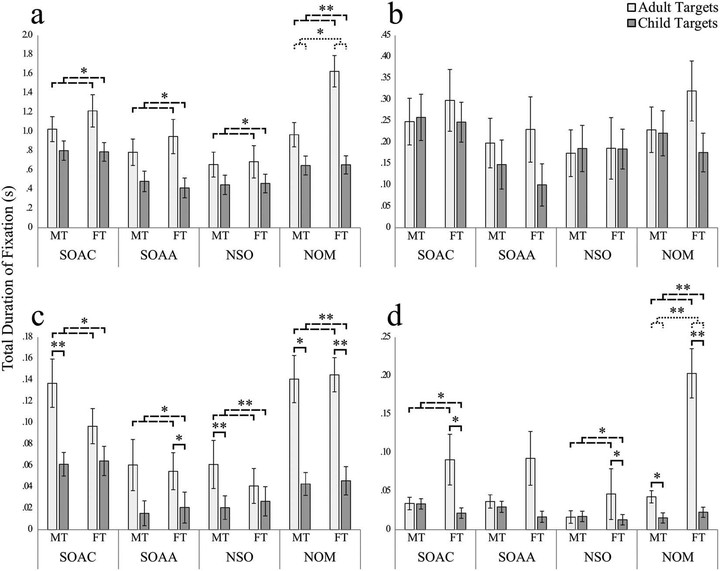 Men, whether gynephilic or androphilic, show both early and late attention toward adults and not toward children. We examined early and late visual attention to sexually mature versus immature stimuli in four groups of heterosexual men: sexual offenders against children (SOAC = 18), sexual offenders against adults (SOAA = 16), nonsexual offenders (NSO = 18), and nonoffending men (NOM = 19). We simultaneously presented adult and child stimuli and measured time to first fixation, number of first fixations, total duration of fixation, and fixation count to four areas of interest: entire body, then face, chest, and pelvis. We found a significant interaction where only SOAC tended to fixate more first times to child than to adult stimuli. Conversely, we found longer total duration of fixations for the bodies of adults compared to the bodies of children in all groups; however, in both the total duration of fixations and the fixation count for the whole body, but especially in the chest, SOAC tended to fixate longer and more often on child stimuli than the other two groups of offenders, but not longer or more often than NOM. This study adds to the limited research using eye-tracking techniques in samples of SOAC.