Facial attractiveness and preference of sexual dimorphism: A comparison across five populations 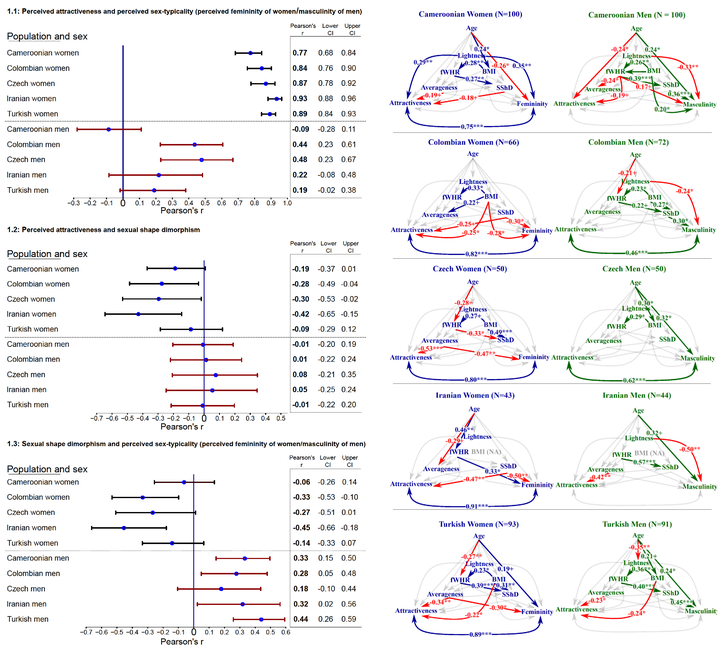