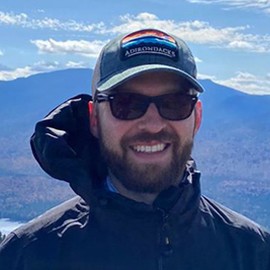 Eugenio was an Associate Professor at the Faculty of Psychology and the Biology Program at Universidad El Bosque, and a researcher at EvoCo: Human Behaviour and Evolution Lab between 2016 and 2018. He is currently a postdoctoral associate in the Specht Lab studying the evolution of pollination syndromes of the Neotropical Costus L. species in a project encompassing taxonomy, phylogenomics and comparative methods. Also, he is interested in the evolutionary history and taxonomy of Renealmia L.f. genus in the Neotropics and particularly in his native Colombia.

He is interested in the processes that led to the high species richness in the Neotropical region, particularly in Colombia and the Northern Andes region. Addressing these processes integrating phylogenetics, comparative methods, phylogeography, systematics and plant taxonomy has been the focus of his research. The ginger family and its relatives are his study group and he is also interested in teaching and public outreach activities.